I usually watch it through BBC Iplayer. Can you get subtitles in Welsh using that?

No, I have to use clic to get them in Welsh. I use the ap on an ipad, works pretty well.

Talking about Leisa Gwenllian, I noticed in the interview with Beca that she several times used the expression “ma genna fi” (at least that’s how it was transcribed).

The usual northern form (the one at least originally taught by SSiW) is: “mae gen i”.

I knew there were some alternative forms, e.g. Mr Lloyd usually seems to say “mae gynna i”.
We sort of expect him to speak a more careful, perhaps a little old fashioned form of Welsh.

But I had not knowingly come across “ma genna fi” before. (although of course “ma” for “mae” is quite normal).

Another thing I noticed was that she used “dwn im”. Now this is used a lot in Rownd a Rownd, and I had wondered if it was a bit of a “Rownd a Rownd”-ism, i.e. used deliberately to sound more colloquial. So it was interesting to hear it being used spontaneously by a “real person”

(albeit one possibly influenced by RaR scripts

I’ve recently more or less ditched the subtitles for Pobol Y Cwm (sometimes switch them on in Welsh for a short time) but the first time I tried RaR I understood practically nothing! But after a few weeks I’m doing OK with subtitles in Welsh.

If it’s any consolation, I still find subtitles essential for Pobol y Cwm (since I learn the Gog version). I can get by with Welsh ones though, most of the time.

For some reason I didn’t think Kelvin and Lowri were married. If they do divorce then they’ll have to sort out custody of Mia and I don’t see any reason why Robbie, either officially or unofficially, can’t be included in that as well. Kelvin can be a (somewhat) father figure to Robbie as Vince is to Owain. Plus the kids would still get to see Kay, Kylie, and Ken which everyone seems to want anyway. I do like how the show is highlighting how difficult it is for everyone involved and not just Kelvin and Lowri.

I need more background information on iestyn and why he is acting the way he is all the time. His moodiness and resistance to doing anything is getting annoying. I can’t believe the way he was talking to Carwyn about the website. I checked the show’s Wikipedia page and it mentioned the possibility of Carwyn having an affair before they moved to the village. I remember Lowri saw him at random one day down by the river. He said he was with a real estate agent. Maybe he did have an affair and iestyn knows about it so he’s lost all respect for his Dad? I can’t think of anything else that would make him be so nasty to his parents and everyone else he comes into contact with. I guess he’s tired of the “happy families” charade?

Edit: I’m watching the latest episode and Kay mentioned Kelvin getting another divorce. He was married before Lowri? This is his second marriage and he still hasn’t learned how relationships work?

I’m watching the latest episode and Kay mentioned Kelvin getting another divorce. He was married before Lowri? This is his second marriage and he still hasn’t learned how relationships work?

Hmm, yes. I’d seen that but not noticed it, if you see what I mean (Os ti’n gweld be sy’ gen i). Haven’t been watching it for long enough to know what that really implies… Anyone know more?

I’m watching the latest episode and Kay mentioned Kelvin getting another divorce. He was married before Lowri? This is his second marriage and he still hasn’t learned how relationships work?

Well, Elizabeth Taylor got married 8 times, although 2 of those were to the same man (and at least he was a good Welshman

His previous marriage must have been before I started watching, but he did say to his parents something like “why do women keep leaving me”, so that is suggestive of previous failed relationships. Re: Robbie, he could have legally adopted him, although I noticed that Robbie’s surname was not Walsh on his course book (was it Gruffudd?).

Re: Iestyn’s sulks: we haven’t got the full back story yet, but when they came into the series there was certainly a strong suggestion that their move was to do with problems caused by Carwyn. Some of it might have been business failure, but an affair might also have come into it. Thanks for the reminder that we saw Lowri meeting him by chance in the last series, and I’m pretty sure she thought he was having an affair. She mentioned it to Kay, and I think Kay was very condemnatory about it, and it looked as though this was giving Lowri pause for thought about her own, then just starting, relationship with Philip. (Although it obviously didn’t stop it!).

Just thought I’d give the new drama on Radio Cymru a listen. Recognised a familiar voice right away! I think you will too. 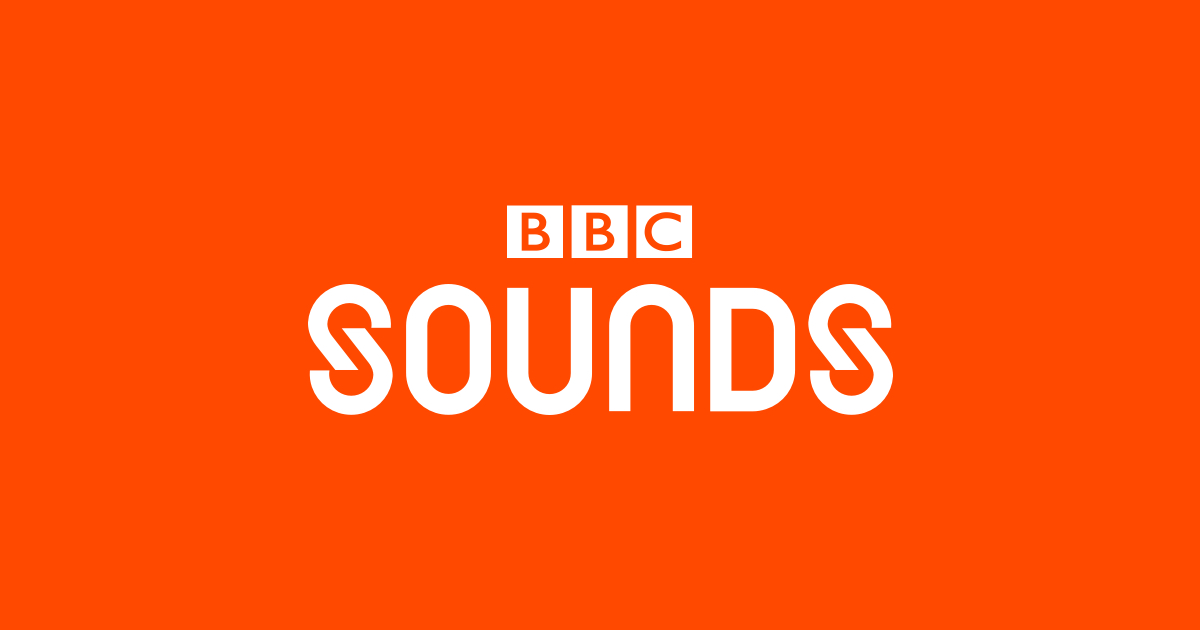 Edit: Just noticed another familiar voice, although not quite sure about this one:

(If it’s who I think it might be, he is shown as John Glyn Owen in the RaR credits. Have a listen and see what you think).

Good to see Kelvin standing up to his mam for a change. Pity though, that things had to come to this extreme in order for it to happen. Pity about the bottle through the window though.
He could end up in jail again at this rate. (Hope Mags could be done for serving an obviously already drunk person).

Wasn’t it? Liked that!

Pity about the bottle through the window though

And instead of rushing back to make sure he’d not hurt anyone, or even running away looking guilty/worried, he just shrugs and goes off in search of chips or a kebab or something. Back to mild indifference.

Poor Vince. Where will he go?

Poor Vince. Where will he go?

Everyone seems to be ending up at Matthew and Iolo’s place just lately!

Everyone seems to be ending up at Matthew and Iolo’s place just lately!

I think Vince would fit in a lot better than Mags! Is there another room? Mags will surly engineer some other drama so that she can move out (and into Wyn’s place, which seems to have been her intention) or so that the others leave and she gets the place to herself.
Whilst I don’t think Wyn has Mags on his radar as a manipulative baggage, I don’t think he’d fall for another ploy like that in any case. He seems to like having his place to himself so he can entertain whoever likes.

I think Vince would fit in a lot better than Mags! Is there another room?

I think three people is the most we’ve ever seen there in the time I’ve been watching.
Sometimes three single people (as now), and sometimes a couple plus a single (e.g. Iolo + Llio as a couple, plus Matthew(?)).

The sensible thing would be for Glenda and Terry to let him stay on there while he finds something, but that might be awkward. There does seem to be a lack of accommodation in Glanrafon!

Just caught up. That week seems to sum up Kelvin very nicely. I liked the touch of comedy too:
Vince (talking about women): “You need to be Einstein to know what goes on in their brains.”
Kelvin:“Yeah, or a genius.”

I think Vince would fit in a lot better than Mags! Is there another room?

Well, now we know there was another solution. I didn’t see it coming, but sort of obvious in hindsight. Lowri not best pleased!

I referred to Philip and Lowri, in a message to someone not on the forum, as “a pair of star-cross’d lovers”. I think they are ultimately destined not to be together. Philip is too cautious (and let’s face it - too old for Lowri). I think that Lowri will end up going back to Kelvin for the sake of the children.

Them Walshes wouldn’t let poor Phillip say no though, would they? Kept on and on, just because Kay didn’t want to give up her spare room. If it’s such a temporary arrangement why didn’t she let him kip the night?

I really hope not, although you could well be right. Such a shame if she does - even if she doesn’t end up with Phillip, it seems fairly clear that she doesn’t love Kelvin and hasn’t for some time. And poor Kelv is absolutely allergic to working anything out for himself and quickly reverts to doing nothing about anything until someone else steps in.

I felt sorry for Phillip but this is soap land where nature abhors a spare room!

Is there no hope for Vince and Sophie? She didn’t seem sure about it, but I don’t know the history.

I’m a Gog but PyC to me is like RaR to you. It does get easier. I watch both with no subtitles and have no problems following the storylines and fail to understand only little bits these days (a second listen usually clears it up). If it’s any consolation to you I still struggle now and then with Arthur, he’s 99% vowel and only 1% consonant.

Yes it does get easier but I still use subtitles

. The trouble is with soaps you get stuck in the story line and don’t wanna miss a thing so I tend to watch them with subtitles unless I know I can also watch the omnibus because the subtitles are then mandatory. All other programmes apart from Celwydd noeth i leave the subtitles off. Rownd a rownd accents helped enormously when I stayed up north for a weekend and will have a great benefit too for the eisteddfod next year and GlastonCymru before that I’m sure.