both am and ar gyfer can be translated as “for”, but especially prepositions are hard to map one-on-one

Am generally only means for in the sense of ‘in exchange for’, while ar gyfer is these days the default choice (even above i) for the more common and general sense of ‘for the benefit of’. All covered in the new book!!

Thanks Gareth, that’s now clear in my mind.
What’s the new book called and where is it available?

It’s called Working Welsh, and it’s out in just about four weeks from now.

Cheers Gareth, I’ll look out for it.

It’s called Working Welsh , and it’s out in just about four weeks from now.

Shoot - Amazon in the US says they won’t have it until July 21. But I’m thinking of pre-ordering anyway.

Hi, I’m on level 2 on the early challenges, and I’m wondering why when you talk about age you say pumddeg - as in ‘mae’r hynaf yn bymddeg’ (sorry if the spelling is wrong). At school i learned that fifteen is un deg pump. Are all the teen numbers different for ages, and what about higher numbers?

There are actually two sets of numbers, and the ones you learnt at school are the newer ‘decimal’ ones. People will sometimes use a mix of them, although usually the older numbers are more generally used for dates, times, and ages.
There is a good chart here: https://omniglot.com/language/numbers/welsh.htm and if you look at the ‘cardinals’ column, you will see sometimes there are two options - where there are two choices before 11, these are masculine/feminine versions, but after 11 they are the old and new numbers.
It’s fine to use your ‘new’ numbers for ages - or for dates and times if you can’t recall the ‘old’ numbers, but if you can get the hang of the ‘old’ numbers and when they are used, that’s even better

Thanks, that table is very useful. No wonder they didn’t teach the old numbers at school, they are very hard! You need to know a lot of maths to work them out, they remind me of Roman numerals. The ordinal numbers are useful too, I’ve wanted to say ‘first’ a few times and not known it. Thank you!

But I’m thinking of pre-ordering anyway.

Oh I think you definitely should, Sionned!

but if you can get the hang of the ‘old’ numbers and when they are used, that’s even better

And you are quite right @siaronjames to put inverted commas round the ‘old’ - for of course they are not the ‘old’ numbers but the REAL numbers. And as we know, replacing them with made-up ones was a bureaucrat decision. Imagine if that were done for, say, German to make life simpler for learners of German!! ‘Zwanzig is a bit tricky for learners, so we’ll change it to zweizehn’.

But that’s exactly what they did with Welsh.

the middle of Missouri

Ardderchog! And don’t worry, I’m sure Amazon US will manage to get the book out to you there eventually.

It’s probably one of those “they’re interchangeable” situations, but I want to check in case I’m missing something.

In level 2, “talking about it” and “[thing] we were talking about” seem to both alternate between amdani and amdano fo for the “about” part of the sentence.

Is there any significance to when you use one over the other?

I’m sure someone else can explain it better than me, but this is an example where the word has “feminine” and “masculine” endings - amdani is for words that are feminine and amdano for words that are masculine. Both words are conjugations of the preposition am. If you want to say “about him” you’d say amdano fo (or fe in the south) and “about her” would be amdani hi. But don’t worry about it too much - you’ll start to “hear” when you have the right one as you keep on.

I see, thank you. If there had been an amdani hi I might have spotted the gender connection. So far it’s been either amdano fo or just amdani, no hi, so it threw me.

The fo/fe & hi are often left off - a lot of prepositions are conjugated like this, and the trick is to look for the endings… ending in ‘o’ is always a masculine ‘it’ and ending in ‘i’ is always a feminine ‘it’

It wasn’t to make it easier for learners, it made it easier to teach maths. 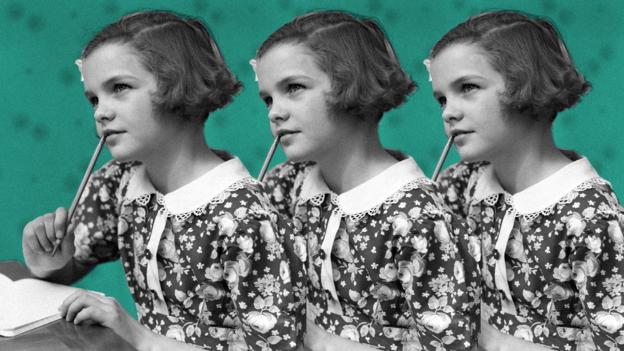 Why you might be counting in the wrong language

Learning numbers in a European language has probably affected your early maths ability. It turns out there are better ways to count.

The complexity and lack of logic in the old numbers is why older Welsh speakers tend to do numbers in English, which of course dropped it’s old way of counting a long time ago.

I rather like having the two systems, traditional for time, ages and dates and the new practical and logical system for science and maths. It’s like having everyday numbers and then special numbers for best.

It wasn’t to make it easier for learners, it made it easier to teach maths

I have heard that, but if that is the case, why don’t other countries do that with their number systems? Languages like Hindi and Bengali have separate unique words for every single number 1-100, yet these huge populations cope perfectly well with them, and I can assure you I’ve met plenty of extremely numerate people from India - they’re famous for it!!

I DO see your side of the argument, Margaret - but what I DON"T see is why a vigesimal system is any less logical than a decimal one.

I think the trouble with the ‘new’ numbers is that they’re inauthentic, having been invented by the bureaucrats and civil servants. The Welsh for twenty years for native speakers is ugain mlynedd, not ‘dauddeg blynedd’; twenty minutes to twelve is ugain munud i ddeuddeg, not ‘dauddeg munud i undeg dau’; she’s eighteen years old is mae hi’n ddeunaw oed, not ‘mae hi’n undeg wyth oed’.
(And they didn’t even do it with any thought - dauddeg, the made-up word for twenty, sounds almost identical to deuddeg, the real word for twelve!)

My view (NOT shared by most of the Language Industry in Wales!) is that we shouldn’t impose invented ‘tidied up’ numbers on native speakers. Unfortunately the Language Industry is entirely about speaker numbers, and appears to have no interest in the real language of native speakers - it would rather artificially simplify the language if this seems a good strategy for raising speaker numbers. The same situation exists over the water in Brittany, by the way - ‘tided up’ and simplified Breton is now promoted by the campaigners (all of them learners as well) and the language of the native speakers is largely disregarded; there’s a huge ongoing row about it still. As I suggested elsewhere, the Germans or the French or the Russians wouldn’t dream of doing this for their languages. The French for 91 is quatre-vingt onze ‘four twenty eleven’, and I am pretty certain that they have not the slightest intention of ever altering that, however many people they want to encourage to learn French!